What is Pradhan Mantri Awas Yojana?

The Pradhan Mantri Awas Yojana (PMAY) is a government initiative launched with the aim to  ensure housing for all in urban areas by 2022. This scheme of providing pucca houses to eligible beneficiaries was launched in 2015. The interest rate on the loan under PMAY begins at 6.50% and the duration for which it can be availed is 20 years.

Eligibility Criteria for the PMAY scheme?

Since the scheme is aimed at providing housing for all, understandably, people who already have a house are not supposed to take advantage of the scheme. Besides, the beneficiary family should not have already benefited from central assistance under any other housing scheme from the government. It must be added that an adult earning member may be treated as a separate household. He or she may be married or unmarried. However, he or she should not have a pucca house to be able to avail the benefits of PMAY. The rules dictate that beneficiary family members are supposed to submit Aadhaar numbers while seeking a loan.

Therefore, it should be understood that even children staying with their parents can opt for a PMAY loan, provided they are earning and do not have a pucca house. Even if the parents of a married couple own a house, the couple will be treated as a separate household and will be eligible for a PMAY loan. Also learn about PMAY List at Finserv MARKETS

Under the scheme, the interest subsidy up to Rs. 2.67 Lakh per house is admissible for beneficiaries of EWS and LIG.

The primary objective of the PMAY is to provide affordable housing for the urban poor and economically weaker sections by 2022 when India completes 75 years of independence.If you require any further details such as the eligibility criteria or documents required for applying for the scheme, make sure you visit Finserv MARKETS. 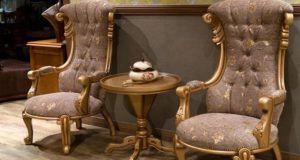