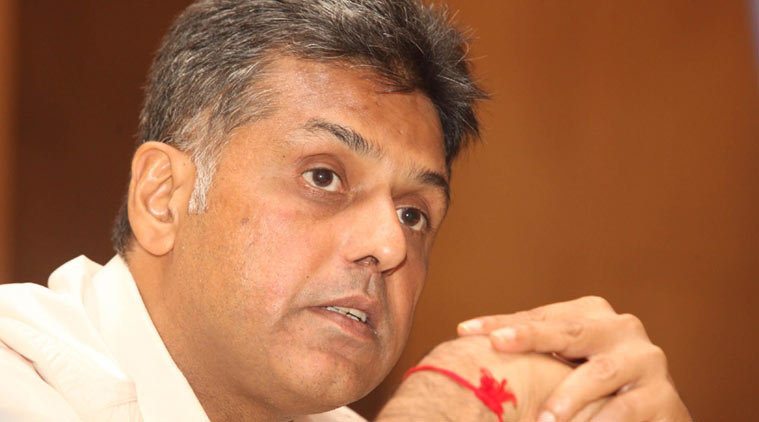 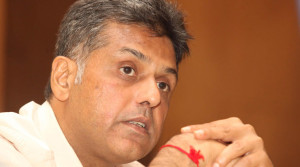 The Indian Express report ‘The January night Raisina Hill was spooked: Two key Army units moved towards Delhi without notifying Govt’ (April 4, 2012) was “unfortunate… but true,” Manish Tewari, Minister of State for Information and Broadcasting in the UPA government between October 2012 and May 2014, said Saturday.

Tewari, who was a member of the Parliamentary Standing Committee on Defence when the report appeared, gave this answer in response to an audience question at a book release function in New Delhi.

Front page of The Indian Express published on April 4, 2012.

He was speaking at the event after launching former Principal Information Officer I Ramamohan Rao’s book ‘Conflict Communication — Chronicles of a Communicator’ at the India Habitat Centre.

Asked about media coverage of issues pertaining to defence forces — as in the case of the 2012 The Indian Express report on troop movement — Tewari said, “In so far that particular story you are referring to, that time I used to serve in the Standing Committee on Defence and it is unfortunate but the story was true. Story was correct.”

Gen V K Singh reacts: “He has nothing to do these days”

Later, speaking to The Indian Express, Tewari said: “I was a part of the Standing Committee on Defence and I recall that in April of 2012, after the story appeared in The Indian Express, there was a briefing of the committee done with respect to the story. During the briefing, the Defence ministry maintained the stand that the government had officially taken. Privately, the officials involved in the briefing confirmed to me that the story ‘may just be true’.”

“After the briefings, a draft report was prepared by the Standing Committee on Defence — chaired by Satpal Maharaj — where adverse references had been made to The Indian Express. After I took up the case, these references were expunged from the draft report. Shiromani Akali Dal’s Naresh Gujral had also supported me in that endeavour. The reason I had strongly objected to those strictures against the newspaper was because of what I had been told by responsible officials that The Indian Express story ‘may just be true’. It would be a tad unfair to expect officials to say anything beyond that, at least in our system,” he said.

In its report, The Indian Express had stated that late on the night of January 16 (the day the then Army Chief, General V K Singh approached the Supreme Court on his date of birth issue), intelligence agencies had reported an unexpected (and non-notified) movement by a key military unit, from the Mechanised Infantry based in Hisar as a part of the 33 Armoured Division in the direction of Delhi. A large element of the airborne 50 Para Brigade based at Agra was also observed moving towards Delhi around that time.

The then Defence Secretary, Shashi Kant Sharma, was asked to cut short his visit to Malaysia and return. He opened his office at 11 pm on January 16 and asked Lt General A K Choudhary, the then Director General Military Operations (DGMO), to see him and explain what was going on.

The DGMO was asked to return with full facts about the movement, and was told to send the units back immediately. Both the military formations were halted, and sent back within hours.

The Defence ministry had then called the report “baseless”. General (retd) V K Singh had denied the report.