Latest News
Home / Exclusive News & Articles / The Big Interview ‘You need experts to do the job. Not everyone can fly a plane’ 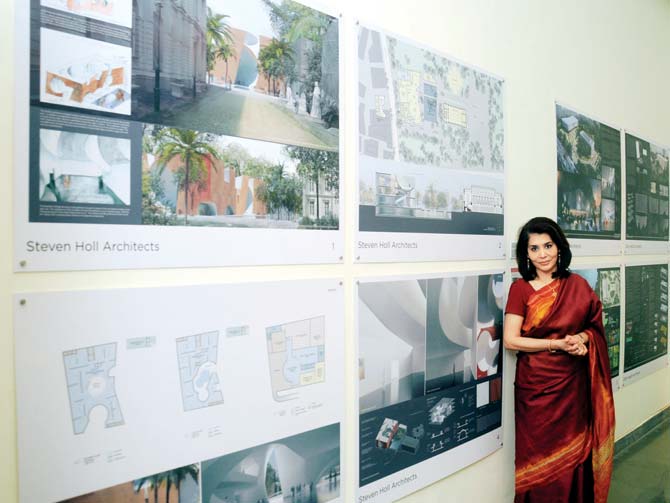 The Big Interview ‘You need experts to do the job. Not everyone can fly a plane’ 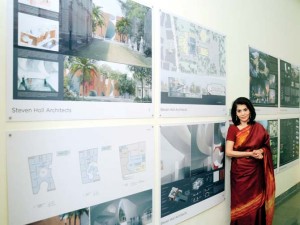 ON Wednesday, the Dr Bhau Daji Lad Museum in Byculla was a sea of calm. “It’s mainte-nance day,” a senior museum staffer whispered when we inquired about the absence of the usual bustle of visitors. The atmosphere was in stark contrast to the storm brewing around its honorary director and managing trustee,Tasneem Zakaria Mehta.
On January 5, mid-day had reported about a meeting in the BMC on Tuesday that
resulted in the announcement to take the edge off Mehta’s powers, instead resting all control in a new trust headed by Mayor Snehal Ambekar and comprising civic officials. After a resolution passed to the same effect in May, Mehta was put on six “months notice”, following her very public wrangle with the MNS and Sena. Last December, the MNS blamed Mehta for helming the plan to erect a new wing of the
museum by floating a global design contest, which they argued would rob locals of a playground.
In March, MNS and Sena protesters threatened to vandalise the museum on the day a fund-raising fashion show, which they called anti-Indian culture and Pro-elite, was to be held. It was shifted to a five star, causing the museum
embarrassment and financial loss.
We met Mehta in her office at the museum to discuss the development and the road ahead. Edited excerpts from the interview.
Question.When did you learn of the decision taken at Tuesday’s BMC meeting to reduce your role in museum affairs?Was it communicated to youofficially?
Answer. I learnt of it through the press on Tuesday evening. I have received no officialcommunication. I intend to write to Ajoy Mehta seeking a clarification on the recent development. I have been kept in the dark. We have always respected and recognised the support of the BMC since the civic body has been critical to our success. I want them to tell us what it is that they are unhappy about.
In fact, I had recently written to the Mayor, requesting for a meeting of the Board of Trustees. Between two to three meetings are mandatory every fiscal year. So far, we’ve had just one. There has been no official response to my letter.
Question.How do you see your role in the museum’s daily working change?
Answer.I have no idea! Let the Municipal Commissioner decide.
Question.A new trust headed by Mayor Snehal Ambekar and comprising civic officials is expected to run the museum. Do you see yourself continue as member of the trust?
Answer.The corporation can make a recommendation but it is left to the Municipal Commissioner to decide.
Question.Your critics say you run an elite museum.

Answer.Ninety per cent of our footfalls are from modest and middle-class families. Take a look at the visitor’s book to see the merit in my claim. We are

holding a variety of interactive programmes that centre around our home state; we support NGOs, craftspeople, causes surrounding cancer and the visually challenged. We work closely with BMC schools. The good work we do with them goes unnoticed. A lone fashion show gets highlighted. A lot of emphasis is on opening up this space to those who don’t have an opportunity. The elite will find an opportunity elsewhere anyway. Our staff is trained to speak Marathi, Hindi and Gujarati when briefing visitors about the museum’s collections. Our audio guides are in Hindi and Marathi. In fact, four years ago, a recommendation was tabled to increase the entry from Rs 10 to Rs 20. I fought to let it be so that it doesn’t get out of bounds for some.
Courtesy : http://epaper2.mid-day.com
asneem Zakaria Mehta global design contest indian news job interview latest articles 2016-01-07
Cameron P. Walker