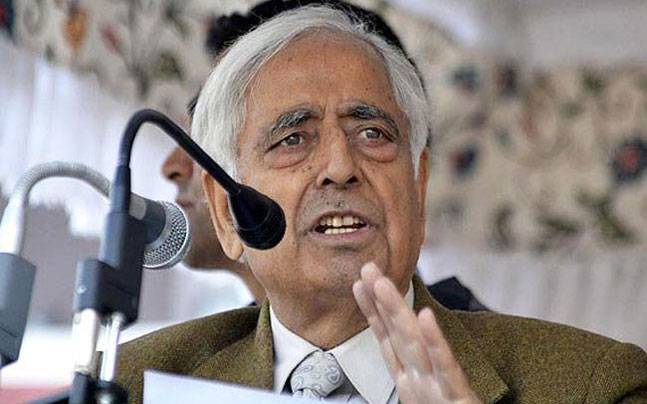 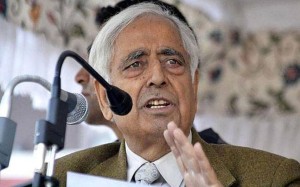 NEW DELHI: Jammu and Kashmir chief minister Mufti Mohammad Sayeed, 79, passed away on Thursday at the All India Institute of Medical Sciences (AIIMS) in New Delhi.

Sayeed, detected with sepsis, decreased blood count and pneumonia, was admitted to AIIMS on December 24, with complaints of neck pain and fever. He had remained in the intensive care unit of AIIMS since then.

The chief minister breathed his last around 7.30am, education minister and spokesman for government Nayeem Akhter said.

Sayeed is survived by his wife, three daughters including PDP President Mehbooba Mufti, and a son.

The mortal remains of the chief minister would be flown to Srinagar where the body will be kept for people to have the last glimpse of their leader. He is likely be buried in his ancestral village in south Kashmir.
Sayeed took over as chief minister of the PDP-BJP coalition on March 1 last year. His daughter Mehbooba is seen as the “logical choice” as his successor as chief minister, senior BJP sources have said.

Mufti Mohammad had on November 13 hinted that Mehbooba Mufti could become the next chief minister as she was better connected with the people and deserves to be chief minister.

“I only sit in the office but she works in the field I did not get time to meet people. She has better access to the people and party workers than me and she understands their problems. So she deserves it (to be chief minister),” Mufti had said.

Mehbooba is seen to have worked to consolidate the PDP base in the Kashmir valley. She has been visiting militancy hit families. “She would particularly visit the aggrieved family whose son or head of the family got lost in the militancy related incidents across Kashmir ever since PDP came in to existence in 2000,” a source said.

Previous: Why Indian Army response to Pathankot attack was so late
Next: The Big Interview ‘You need experts to do the job. Not everyone can fly a plane’