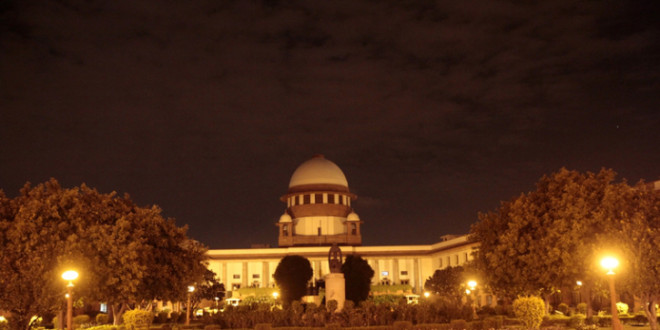 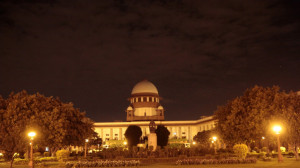 NEW DELHI: In a setback to the government’s disinvestment plans, the Supreme Court on Tuesday stalled the proposed sale of its 29.5% equity in Hindustan Zinc (HZL), the erstwhile public sector company where Anil Agarwal’s Vedanta is now the majority owner.

The NDA government had in 2002-03 divested its majority stake in HZL and Bharat Aluminium Company (Balco) and was looking to exit the two companies. The finance ministry was keen to offload its remaining 29.5% share in HZL and a 49% stake in Balco, hoping to raise over Rs 20,000 crore, based on the current market price. The option was to either sell the remaining shares to Vedanta or explore other routes such as auction on the stock exchanges or a public offer.

The finance ministry had sought legal opinion on the issue but had not received a clear view at a time when government officers were not keen to push through the sale, fearing adverse comments from the Comptroller and Auditor General later. But, the SC ruling seems to have sealed the fate of selloff in these two companies after the National Confederation of Officers’ Associations of Central Public Sector Undertakings had filed a PIL two years ago questioning the Centre’s decision to completely exit HZL, which has in the last 12 years turned into a profit-making venture.

A bench of Chief Justice T S Thakur and Justices A K Sikri and R Banumathi said, “What is the compulsion for you to disinvest? Don’t disinvest immediately. Why should you be in a hurry to disinvest and hand over lakhs of crores to a private company. There will be no disinvestment in this company without prior permission from the court. You (government) did it without amending the law before does not mean you can do it again. One transgression does not mean you will be allowed to commit another transgression. Is there any basis for the government to say it does not want to keep any control over erstwhile PSUs? What is the grave necessity for this?” Appearing for the petitioner, advocate Prashant Bhushan said the government’s decision had far reaching consequences as these erstwhile PSUs in the hands of private companies would become completely free from any accountability in extracting and trading in important minerals.

Bhushan said in 2002-03, the disinvestment was done illegally by the Centre as it did not amend the Act passed by Parliament in 1966 creating HZL and vesting its control with the Union government. He said the government should not be permitted to violate the provisions once again by completely exiting from the erstwhile PSU.

Attorney general Mukul Rohatgi said the HZL disinvestment in 2002-03 was done much before the SC judgment that the government could divest its holdings in PSUs only after amending the Act passed by Parliament creating the PSU. Hence, the judgment could not be applicable now to HZL, which no longer was a government-owned company after the 2002-03 disinvestment. “So what do we go to Parliament for,” the AG asked.

When the court asked why the government should “commit a second wrong just because the first wrong went without being adjudicated”, Rohatgi said the proposal to sell the residual stake in HZL was because of a policy decision that the government did not want to be in business.

But the bench refused to accept the government’s ‘policy decision’ caveat. It said, “Least you must do is to retain whatever stakes you have in these profit making erstwhile PSUs. If not, then take permission from Parliament.”

The bench said it would have to hear all sides before deciding the important question whether “the government can sell without amending the Act of Parliament by which the ownership of the public sector undertaking was vested with the government”?

The apex court admitted the PIL for hearing and directed the government to maintain status quo on its share in HZL. This order is likely to have an effect on the government’s decision to offload its 49% share in Balco.