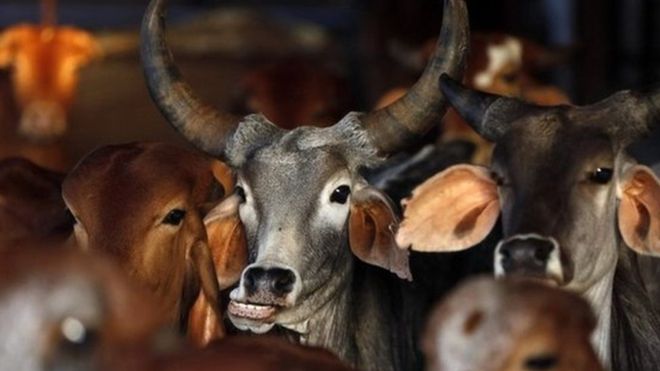 India Vs Muslim couple attacked – over rumours of carrying beef 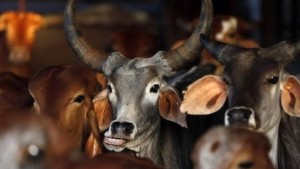 Police in India’s Madhya Pradesh state have arrested some members of a Hindu group for attacking a Muslim couple on suspicion that they were carrying beef.

The police said the couple was in a train when members of the Gauraksha Samiti seized a bag from them.

The couple told the BBC that they were not carrying any bag containing beef.

Most states ban the slaughter of cows, which is considered a sacred animal by India’s majority Hindu community.

The incident took place when the train Mohammed Hussain and his wife Naseema Bano were travelling on, reached the Khirkiya station in the central Madhya Pradesh state.

“Around 10 to 15 people boarded the train when it reached the station and started searching the passengers’ bags. They assaulted some passengers. They also checked our bags and even assaulted my wife,” Mr Hussain said.

He said that he had to call his family members in Harda for help.

“The members of the Gauraksha Samiti were checking everyone’s bags. We decided to go the to the police because we live here [Harda]. Others remained silent and continued with their journey,” he added.

Senior police officer in Harda Rambabu Sharma told BBC Hindi that “seven people have been arrested and the railway police is investigating the matter”.

Last year, a 50-year-old Muslim man was beaten to death by a Hindu mob in Uttar Pradesh over rumours that his family had been storing and consuming beef at home.

His 22-year-old son was seriously injured in the attack.