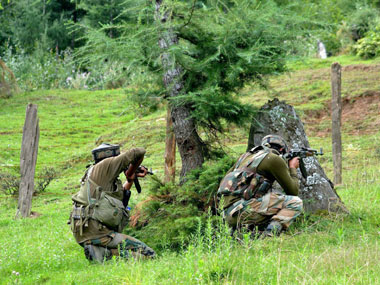 Security Forces killed in encounter one militant in Kashmir 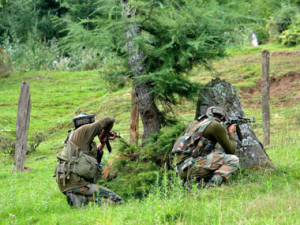 Srinagar: A Lashkar-e-Taiba cadre, believed to be one of the oldest surviving militants in Jammu and Kashmir, was on Monday killed in an encounter with security forces in Zakura area on the outskirts of Srinagar, police said.

Sajad Ahmad Bhat was killed in a brief gunfight with the security forces at Gasoo in Zakura this evening, a police official said.He said a search operation was in progress in the area as there were reports about the presence of two militants there.

Bhat was probably the longest surviving militant active in Kashmir as he took up arms in October 2007. He was affiliated with Hizbul Mujahideen, but had switched allegiance to Lashkar-e-Taiba some time ago, he said.

Previous: Why the BJP is making such an issue of it : Malda flare-up
Next: Memorable roles: Hrithik Roshan must vow to do ten things on his 42nd birthday