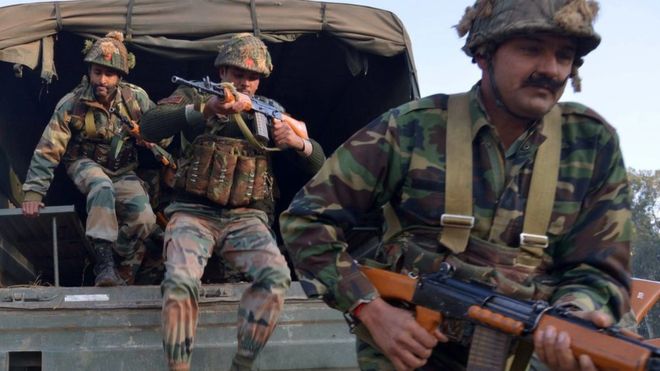 Why Indian Army response to Pathankot attack was so late 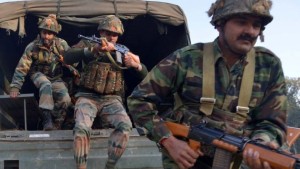 It took Indian authorities four days to put down a deadly attack on the Pathankot air force base near the Pakistani border which killed seven Indian soldiers and wounded another 22. The inept handling of the security operation can only be described as a debacle, writes defence analyst Rahul Bedi.

According to official accounts, the National Security Adviser Ajit Doval had advance intelligence of the planned attack on 1 January.

But military analysts said India’s response to the attack was amateurish – there were inadequate offensive measures and the multiplicity of forces involved and a lack of suitable equipment rendered the entire operation a near fiasco.

When the attack began, Mr Doval chose to airlift some 150 National Security Guard (NSG) personnel from their base at Manesar, on Delhi’s outskirts, to fight in an unfamiliar terrain. 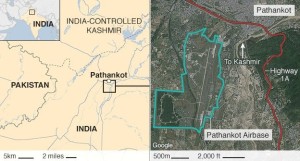 The operational command for the mission was handed over to the NSG, the Defence Service Corps (DSC) and the air force’s Garud Special Forces.

The DSC comprises retired and unmotivated military personnel, whilst the Garuds continue to struggle for operational relevance amongst the plethora of India’s burgeoning Special Forces.

In what appeared to be an obvious desire to control the operation, Mr Doval ignored the presence of some 50,000 army troops in the Pathankot region, possibly the highest such concentration in the country. 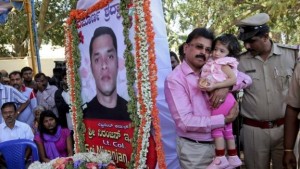 Four other NSG personnel were injured in this blast that – in all probability – would not have fooled the army, familiar with such militant ploys of activating a grenade and lying on it as a last offensive act.

The NSG is also strapped for equipment – it has no competent night vision devices and other materiel necessary for an operation of the kind in Pathankot – military sources said.

Throughout the four days the operation lasted, the army was accorded a marginal role – although some 200 soldiers were eventually deployed when fighting stretched beyond 48 hours and after senior ministers – including Prime Minister Narendra Modi, Home Minister Rajnath Singh and Defence Minister Manohar Parrikar – had announced that the operation had been completed successfully.

The congratulatory messages followed the gunning down of four terrorists, but thereafter firing began afresh, and confusion prevailed over how many gunmen were hiding in the tall grass surrounding the air base, spread over some 1,200 hectares. 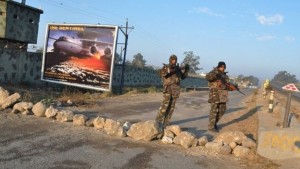 The Pathankot air force base extends over about 1,200 hectares

“Operations to eliminate the militants are in the final stages,” deputy NSG commandant Major-General Dushyant Singh said on Monday afternoon.

On Tuesday, Defence Minister Parrikar told a press conference that “six militants have been neutralised” but added that sanitising the complex is likely to take a long time.

“I see some gaps in the operations, but I don’t think we compromised on security,” he said.

Analysts said the operational blunders committed by Indian security forces during the November 2008 militant attack on Mumbai, in which 166 people died, were mindlessly repeated in Pathankot due to a lack of well defined procedures.

Initially in Mumbai, the local police force was deployed against the 10 gunmen.

They were later replaced by the Indian Navy’s Marine Commandoes (MARCOS) Special Forces. Army commandos then swapped roles with the MARCOS at the three attack venues in Mumbai – two hotels and a Jewish cultural centre.

The army was eventually substituted by the NSG, which took nearly 12 hours to reach Mumbai.

“Four days to neutralise no more than five or six militants is unacceptable in a confined open space where there is little or no scope of any civilian collateral damage,” he added.

It appears the one upside of the entire operation was that the security forces were able to prevent the militants from sabotaging any air force “assets” – like Mig-21 fighters and attack helicopters.